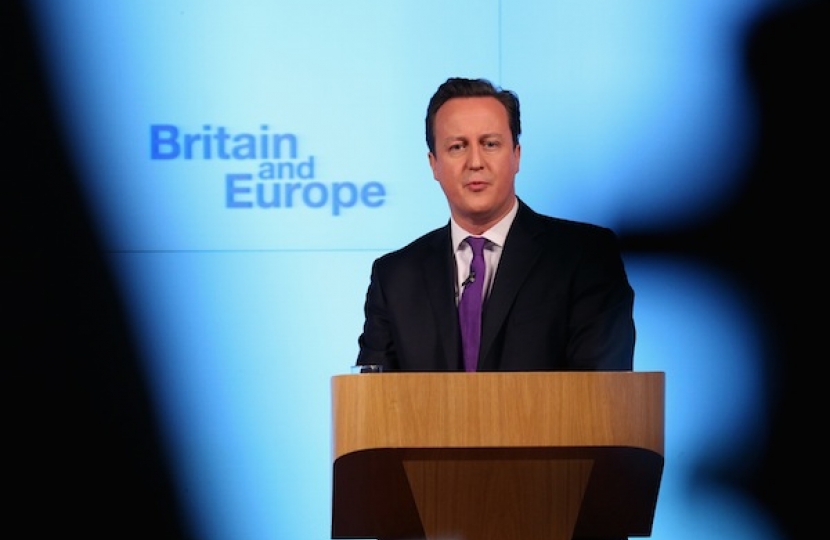 Castle Point MP Rebecca Harris has warmly welcomed the statement by David Cameron committing to hold a nation-wide in/out referendum on EU membership if the Conservatives win a majority at the next general election.

The Prime Minister made the commitment during his speech on Europe Wednesday morning. He also stated his intention to renegotiate Britain's position with the EU before the referendum to bring back powers to Westminster from Brussels whilst maintaining Britain's say in a Single Market.

Commenting on the speech Rebecca said:

"It has been 40 years since the referendum on EEC membership and the EU we are member of today is a completely different beast to the one we signed up to. It’s high time the people had the chance to decide on our relationship with Europe again."

"I think the vast majority of people are as unhappy as I am with our position in the EU and this sends a powerful message to Brussels, 'give Britain a better deal or risk losing us'.