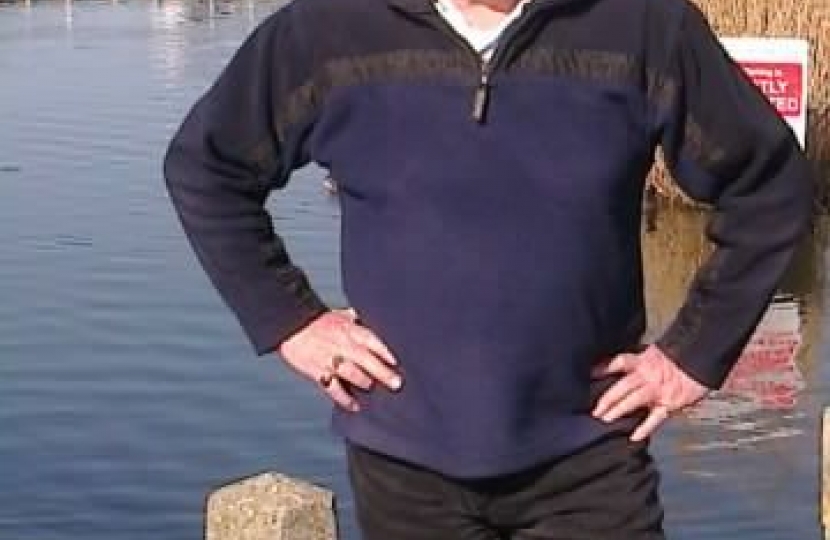 I am sure, along with many other Canvey Island residents I read with dismay and total disbelief that, by way of a feeble press release, the Canvey Independent Party controlled Island Town Council has reneged on the election undertaking made to residents to revive and bring back to health Canvey Lake, one of the islands true treasures and unique natural asset.

I am calling for a full enquiry as to how and why Canvey Town Council has so spectacularly failed to meet its obligations to residents because if there was ever an example of an organisation taking on (I suggest out of sheer vanity) a project that was totally beyond its capacity to successfully deliver, then this must be it.

After years of criticising and blaming Castle Point Council for neglecting to maintain the lake coupled with demands for responsibility to be handed over to the Town Council, the Canvey Independents finally got their way and responsibility was transferred in February 2010.  Perhaps, and in retrospect, a shrewd move by Castle Point?

True to form, the Independents were quick off the mark saying that after years of neglect from the Tory controlled Borough Council, Canvey lake was now safe in their hands and its future secure with a pledge to spend £800,000 on it over the next five years.  Many a wise head thought the project was unachievable by the town council and it seems the doubters were right.

Needless to say, month after month went by seeing little or no action while various consultants evidently came and went (and at what cost?).  Meanwhile the rubbish and junk continued to be thrown in the lake. Then in January 2011, Cllr. Blackwell in his capacity as chairman of the town council`s finance committee said in the local press: “Giving the lake a thorough professional clean out is the first thing we are going to do in the early spring.  “We’ve got £180,000 in the budget for it and it`s in the programme of works”.

Norfolk Company, Jex Plant UK Limited, were evidently commissioned to carry out soil sampling prior to dredging but due to quote: “sloppy administration” we are asked to believe the company were not requested to check for soil contamination! Cllr. Blackwell then went on the record to blame the then Town Clerk for the error. Cllr. Blackwell went on to say: “Getting soil sampled for contamination should take no more than about three weeks” It was then reported the council were committed to spend up to £1million on the lake. Time passed and still no sign of dredging or any significant works.

April 2011 saw a small scale effort to begin clearing a section of the lake of junk with work carried out by a company from Leigh.  This work was described as part of phase 1 of the council`s plan to quote: “transform the lake into a haven for wildlife, families and fishermen”.

It is now a full year further on and still no significant works have been carried out and yet the council is sitting on our money! At a recent meeting of the town council`s Environment and Open Spaces Committee to discuss progress on the project, Chairman Cllr. Anderson was reduced to saying “ how all very difficult it all is and you don’t realise until start these projects how much “red tape” there is”! No pun intended, but these representatives are way out of their depth here.

The latest twist in this farce is the sudden (and some might say convenient) discovery of water voles, a protected species evidently, thereby handing the town council the perfect excuse to abandon plans to dredge the lake thus denying the residents of Canvey of a beautiful natural haven with, clean clear water and an abundance of wild life.

No wonder Cllr. Nick Harvey said at a meeting this week “Canvey Town Council will soon have a reputation for running only special events and not for doing anything substantial”.

The people of Canvey deserve better than this and questions need to be asked and I intend to ask them!