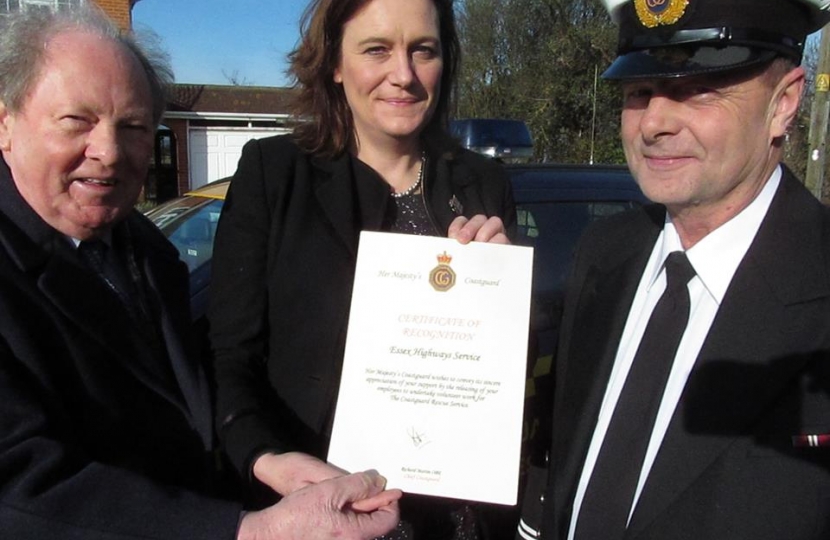 I am very pleased Essex Highways Service has received a commendation from Her Majesty’s Coastguard Service for allowing local Canvey based coastguard, Gary Foulger, time off to volunteer.

Councillor Ray Howard and I raised this with Essex Highways some time ago and I am pleased that Gary will now be allowed to volunteer for HM Coastguard when called upon, rather than having to use up his holiday while he is working for the local highways contractors.
Gary is a real community hero who gives up a great deal of time, along with many others, to keep our coastline safe.

It is right that the Essex Highways Service have recognised the value of his role as a coastguard and that they in turn have been formally recognised and thanked for supporting him.