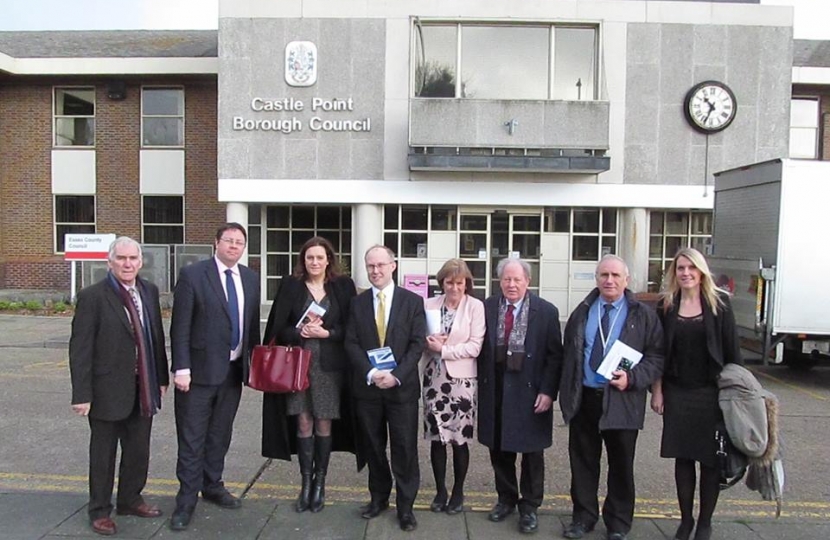 Yesterday I held a meeting in Castle Point with the flooding Minister, Dan Rogerson MP and representatives from the insurance industry, including the Managing Director of underwriting for AxA, the General Insurance Manager of the Association of British Insurers, and the Executive Director of the British Insurance Brokers Association.

I called the meeting to discuss problems residents have had finding affordable home insurance cover if they were hit by the floods last year.

A lot of work has been done and is still planned by the various flooding agencies to reduce flood risk on our borough but I know a number of residents have had major problems finding flood cover since.

The representatives from the insurance industry bought with them a list of brokers that specialise in flood cover that I will pass on to local residents.

The problem is these brokers are not normally insurers residents will find on price comparison sites so it is important that all those residents who can’t find cover are given this list.

The list is available from the borough council offices in Kiln Road, or alternatively drop me an email to office@castlepointconservatives.com and I will send you a copy direct to you inbox.

After the Government’s Flood Re scheme is introduced later this year, flood effected residents will find a lot more insurance companies who will be willing to offer premiums that are capped at reasonable levels.