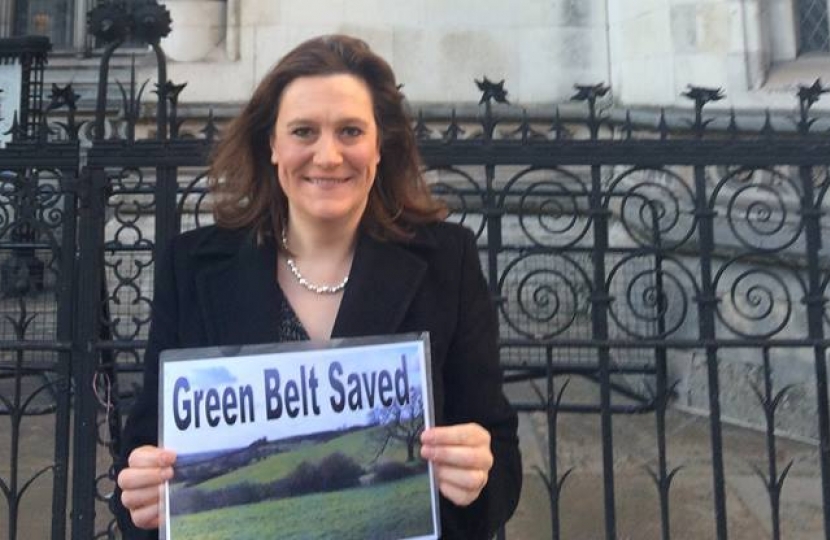 Developers have lost hopefully their final court battle to overturn the decision of the council and the Secretary of State to defend our Green Belt at Glebelands!

All three Court of Appeal judges threw out the case. Justice is done, democracy is upheld and our Green Belt at Glebelands has been preserved. It was a long and bitter battle, but as a community we got there in the end.

The developers were stupid to name me in their legal action, what MP would not stand up for their residents and write to the Government on their behalf?! I advise any other developer who has eyes on our Green Belt not to try and play politics when I am fighting for my residents. You will not win!