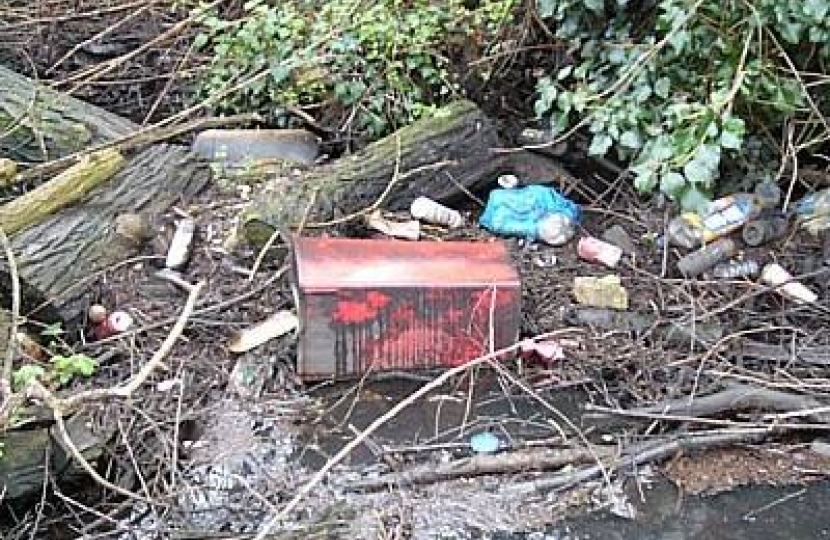 Cllr Bill Sharp reports "Last August and December localised flooding occurred in Bilton Road through to The Crescent in Hadleigh, this was caused by a blockage in a surface ditch as it converted to a under ground piped section, this had not been a problem over the last 40 plus years but a serious amount of damage and stress was caused to a lot of people, the blockages consisted of a combination of litter, branches, leaves and household items.

Conservatives Councillors Norman, Ladzrie & Simon Hart from Castle Point and Essex County Councillor Jill Reeves as well as Rebecca Harris MP have fought to avoid this type of blockage occurring again and it has now been approved to design and install a "litter grate" at the start of the piped section behind Hadleigh Junior Schools playing fields."