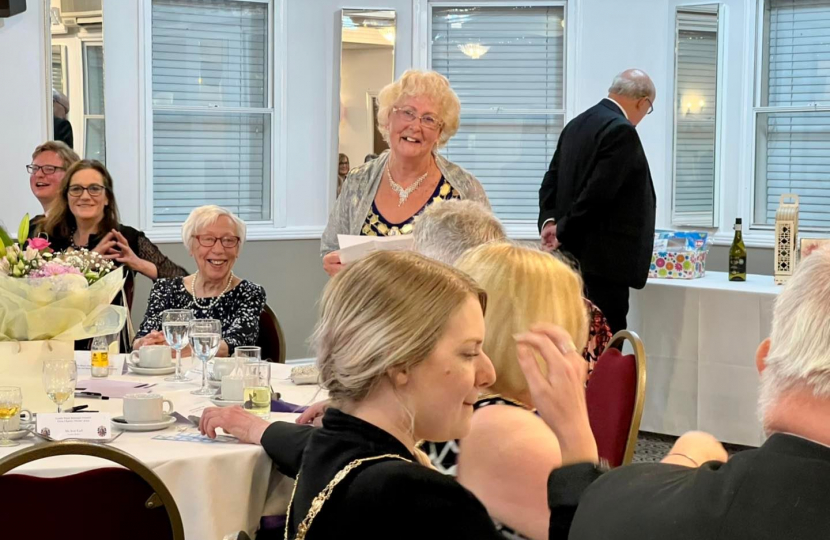 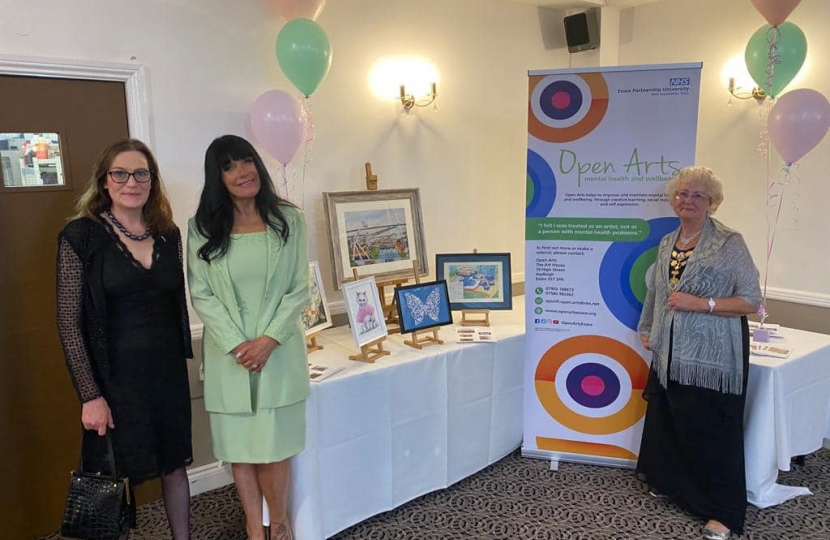 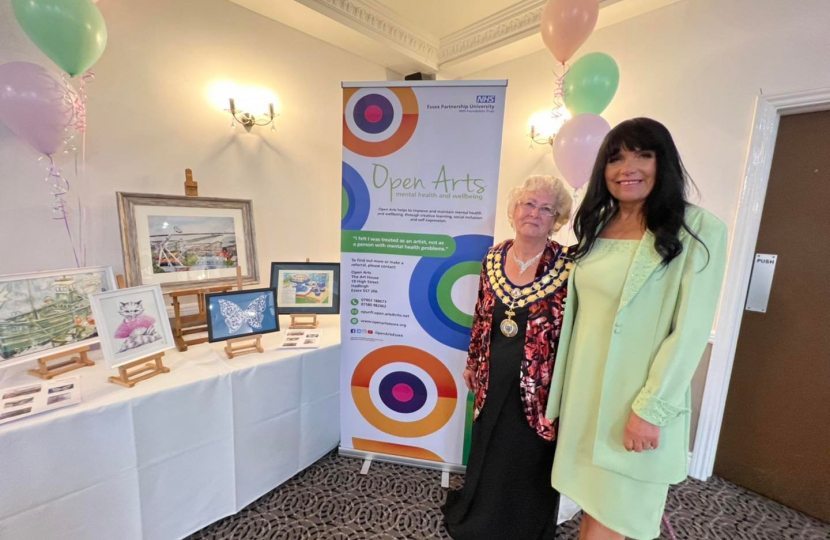 The Mayor of Castle Point, Cllr Pat Haunts helped raised almost £1000 this evening at The Castle Point Borough Council Civic Dinner hosted by The Oysterfleet on Canvey Island for Open Arts, one of her charities. Well done Pat

Rebecca Harris MP told us: 'Congratulations to Castle Point Mayor Pat Haunts for raising so much money for local charities at her Civic Diner at the Oysterfleet at the weekend. Picture below with the Mayor and Cllr Sue Mumford who works at the Charity Open Arts which offers art therapy.'