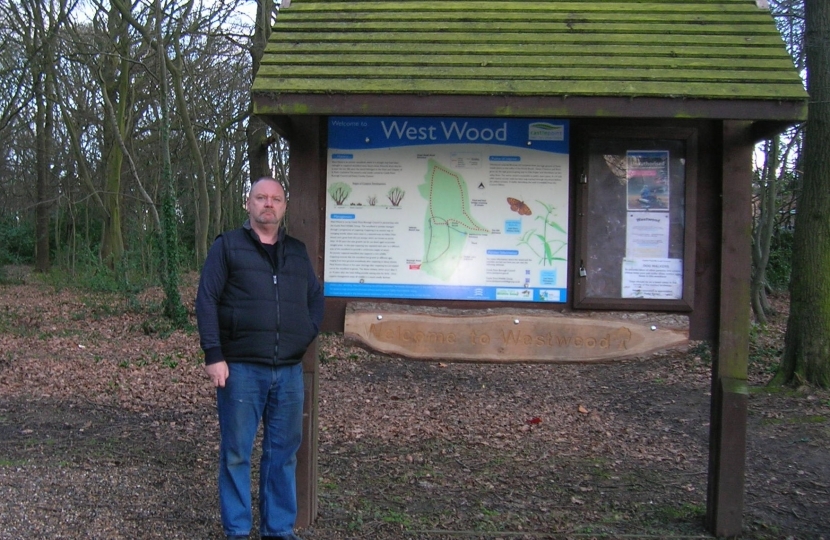 After many years as a local Conservative Councillor, Cliff Brunt will be stepping down in May 2014. It is very pleasing to announce that Neal Warren who will be a familiar name to many of you will be standing as the Conservative candidate to continue the work on your behalf in Victoria Ward.

Neal is married to Pam and lives in the Ward and is well known for his work in Westwood and other green areas across the borough. He is also a local School Governor and whilst now retired runs his own small business.

Neal says "I am very pleased to be given the chance to stand for election in Castle Point especially in my local ward to allow me to represent the local residents on local issues. I am passionate about preserving the green areas, but am aware that some difficult choices have to be made with the continuing demand for housing in the area and that some greenbelt may have to be developed. It is essential that this development be controlled by having a solid local plan that protects as much greenbelt as possible".

"I am also keen to see Hadleigh Regeneration get underway but in a manner that brings benefit to the area without causing problems for local people and local businesses."

"There are several ongoing local issues, and I know that one causing concern is the proposal for a change of use of Hadleigh Hall in John Burrows. It is important that we ensure all views on this are heard, and that we retain the valuable asset that John Burrows is for the Borough. I promise to do my best for Hadleigh and your area and look forward to finding out the issues that are important to you."

Your Hadleigh and Daws Heath Councillors  (Godfrey Isaacs, Bill Sharp, Colin Riley, , Norman Ladzrie, Simon Hart with support from County Councillor Jill Reeves) hold regular surgeries at The Old Hadleigh Fire Station and Neal will be joining them to listen to your concerns, so please come along and meet them.