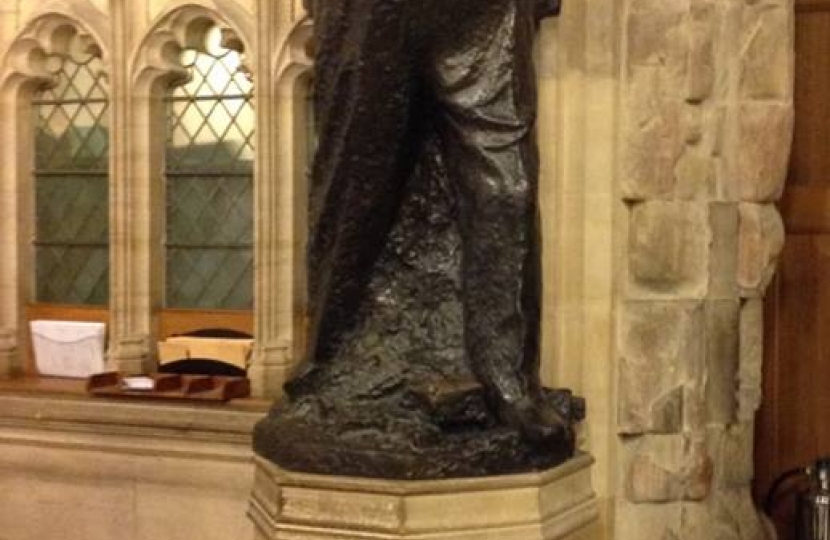 Walking into the House of Commons chamber today I could not help but take a photo of the tributes laying in front of Churchill's statue to commemorate the 50th anniversary of the great man's death.

In the photo you can just make out the side of the entrance arch that was bomb damaged on the last day of the blitz on 10th May 1941 when the chamber received a direct hit.

When Churchill was overseeing the plans to rebuild the House of Commons, he insisted that the bomb damaged arch remain unrepaired. This was so that every MP would be reminded whenever they entered the chamber of the sacrifices of the Second World War generation who fought to preserve our country and our democracy. In the great man's own words, in remembrance of those who kept the bridge In the brave days of old".

I have been an MP for almost five years now and I am still moved every time I walk under it to represent Castle Point in the Commons chamber.