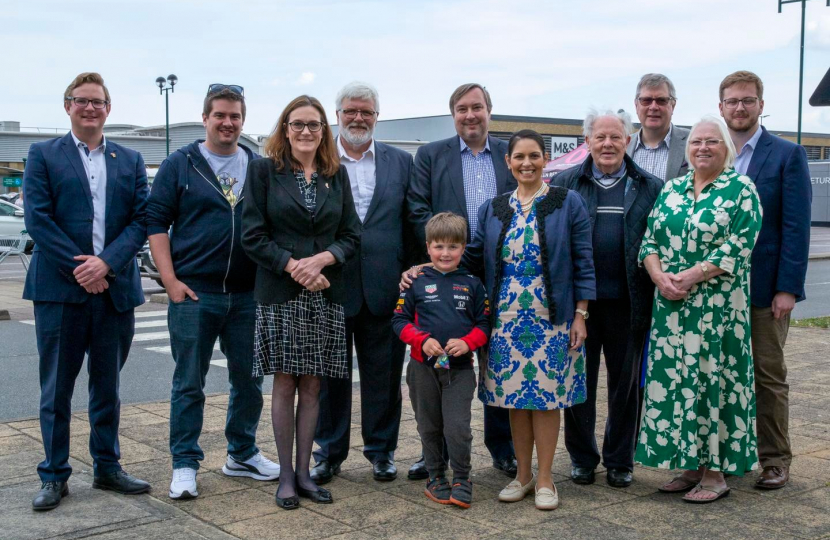 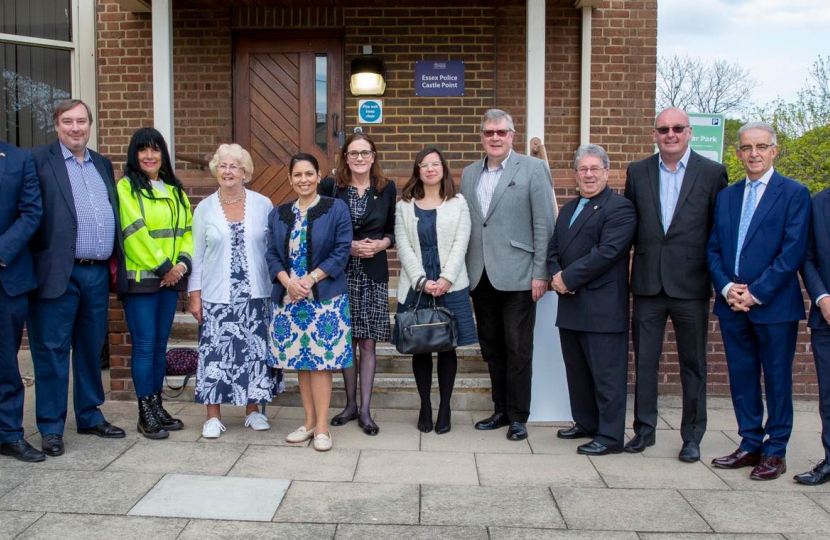 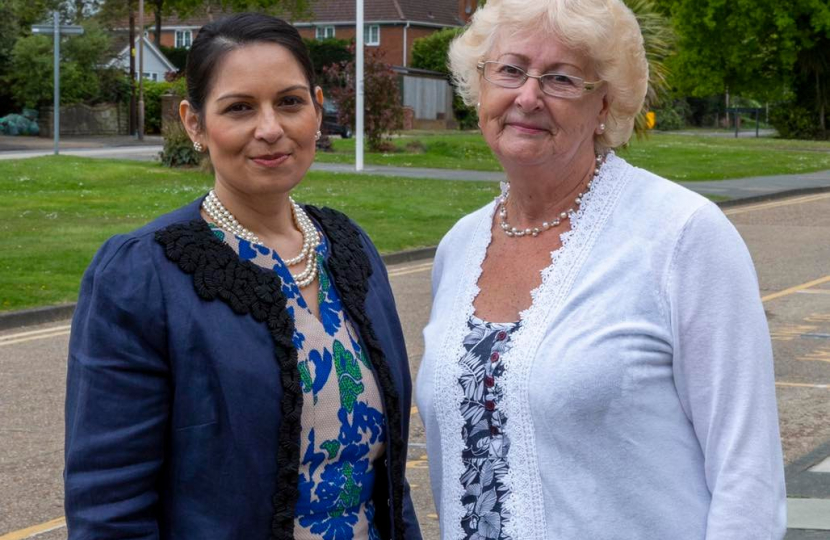 The Home Secretary, Priti Patel received a warm welcome to Castle Point yesterday and was praised by local residents for her success in passing new, firm but fair immigration law last week.

She met with the Essex Police, Fire and Crime Commissioner, Roger Hirst, and the Conservative councillors behind the Public Space Protection Order that will give the Police the power to issue on-the-spot fines to boy racers on Roscommon Way. She also met Canvey residents John Stone, Billy Baxter and his son Oscar who were behind a local petition against the drag-racers.

The Home Secretary also met Conservative councillors outside the Essex Police office which is now housed at Castle Point Borough Council building in Thundersley, to discuss residents’ concerns about local crime and anti-social behaviour and to hear how both the Police and the Council have saved money for council–tax payers by sharing premises.

Speaking to press during the visit Priti said:

“This visit was about focusing on law on order and cracking down on crime. I am pleased Conservative Councillors are putting in place our Public Space Protection Orders on Roscommon Way which will give powers to Essex Police to swoop down and fine anyone on the spot taking part in illegal drag races, putting lives at risk and causing misery for local residents.

We've been discussing tackling local drug dealing and county lines, safer streets and communities. Roger our Police, Fire and Crime Commissioner for Essex, is actually leading the way nationally on some on the big changes we’re making as well as on boosting police recruitment.

Housing the neighbourhood policing team in the Council Office is also a great example of creating a fully integrated service for residents that improves value for taxpayer money at every level and increases police visibility at the heart of the community”.

"Thank you to the Home Secretary, Priti Patel for coming onto Canvey Island yesterday. We went by Roscommon Way to discuss the appalling ‘boy racing’ that has gone on around here for far too long and causing too much grief for Island residents.

have pushed hard for a Public Space Protection Order here to stamp out anti-social behaviour."

There’s only a couple of days left until the Elections on Thursday 5th May. Here’s a perfect example of Conservatives

delivering on law & order whilst Independents haven’t a clue.

Vote Conservative this Thursday, true community campaigners for the entirety of Castle Point.