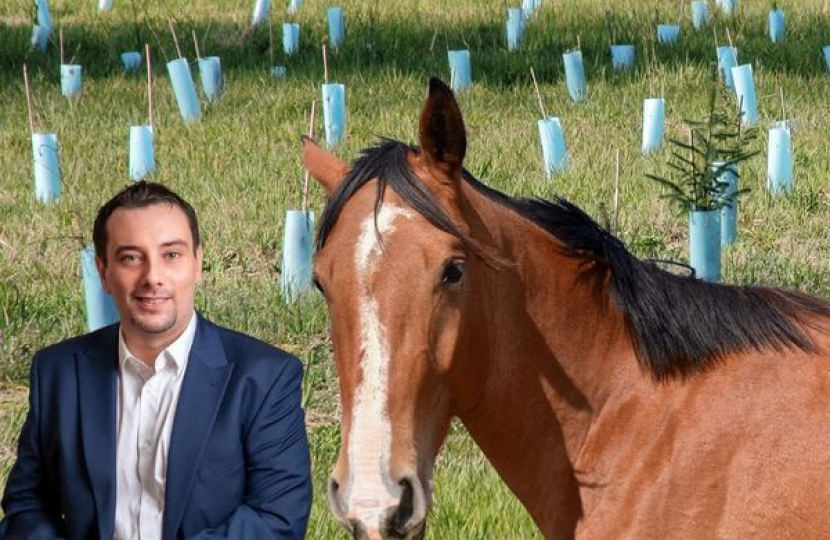 Just a quick update on the planting scheme of new trees on the Little Common from Thundersley Councillor, Michael Dixon.

“The new tree scheme has caused some local controversy as some of the local, equestrian community have raised concern that the planting might affect their use of the area. Although the Little Common isn’t a recognised bridal way it is regularly used by horse owners.

Acting on representations from St Peter’s ward residents I checked with the Council Officers at Castle Point Borough Council and found out the following information. The new planting makes up approx.12% of the whole site, the planting being located within the centre of the Little Common with large areas open at either end and wide rides down either side to allow users to walk/ride a circular route around the site.

It is also worth noting that we may well also lose 50% plus of this planting at the very least, the outside edges always suffer greater losses as the young whips cannot survive the attraction from dogs marking them (dogs urine is very acidic and the young whips cannot survive constant exposure to it) Therefore the planting area as it is now will be halved at the very least over the next few years through natural losses. Planting of whips is always carried out on mass like this because of the heavy failure rates but it still remains a cost effective planting method.

I hope that explains.