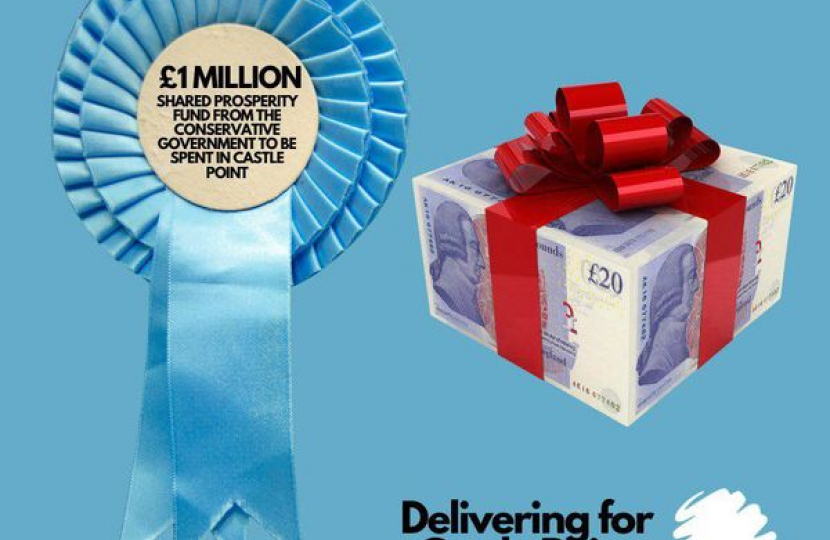 Conservatives are delivering for Castle Point at tonight's Cabinet meeting. On 13th April 2022, the Conservative Government launched a £2.6 billion UK Shared Prosperity Fund. This fund had been announced in the March budget and the launch on 13th April, started the process for the preparation of Investment Plans by each local authority in the UK. At the launch the Government confirmed the allocation to each local authority, Castle Point, the Council will receive £1 million.